Please welcome our guest blogger, Geoff Hunt. Geoff joins us from OptimalBI in Wellington, New Zealand. OptimalBI is a Business Intelligence services company with an impressive staff and quality skills in AgileBI.  We asked him to share some of the reasons he’s successful as a BI coach and how he helps agile teams become real teams. – Lynn Winterboer 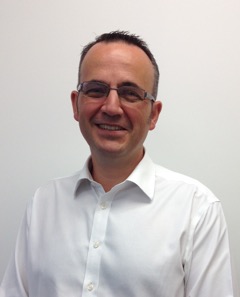 I’m Geoff, a consulting and capability coach recently given the opportunity to coach a new agile team. This blog will pass on some wisdom I have learned in my numerous years as a coach while focusing on the coaching experience I had with my most recent new agile team.

First, I brought the new team together for a half-day, end-to-end agile [education] session. Everyone was brought up to speed, and we dove right into their very own customized learning experience. I have a standard approach to teaching agile, but each customer gets a few adaptations to ensure the program seamlessly matches up with their needs.

Next, we needed to set a baseline for what needed to be accomplished. We got started with some simple questions such as: What is the vision for the project? The stakeholders? Assumptions? Risks? We created a quick context diagram and jumped right in to writing user stories.

Typically, the first few stories are slow and come out choppy. But it didn’t take long for the team to come together and start creating stories that really flow. I can really see the team begin to form when everyone stays engaged, contributes to the words, and has a turn holding the pen. This new team was no exception. Once they got the hang of it, the stories started flying.

I find that writing a lot of stories up front hasn’t helped as much as I thought it would the first time I did it. For one, the team is unable to write detailed stories too far ahead as it’s hard to guess the future. They also leave gaps, which only appear with hindsight. This is particularly unhelpful as your typical nervous Product Owner starts to calculate the number of sprints to complete the project from an unrealistically low number of stories (not very agile, but old habits die hard.) So, I try and cap the story writing at a few sprints’ worth, with epics to capture the next few sprints.

Over the first two sprints, the team rapidly realized that the stories that they’d written weren’t as great as they thought they were; typically, the acceptance criteria are a bit too loose and they start to learn to write better criteria.
The first two sprints can be really successful as long as the team keeps the number of stories very small, and picks the easier ones to start with.

Then we get to sprint three. Everyone is happy and velocity is still on the up. Time to push the team a bit harder. Time to teach the team about failure. Sprint three is normally when I let the team bite off too many stories, or over commit in one skill area without looking at the dependencies with the other stories. Halfway through the sprint, there are usually more stories to the left than to the right of the sprint board, or worse, a whole mess of stories stalled ‘in-progress’!

The team can obviously rescue themselves from failure. For example, they can renegotiate with the Product Owner. But there’s a lot to be learnt from failure. Most important is that they continue to behave as a team, not play the blame game or bury themselves in their own work to the detriment of others. After all, Agile is a team sport!

By sprints four and five, the team was getting through the work. They had managed some failure, they were learning the process. At this stage, they should be getting through the work but this is generally when they become ‘aware,’ a bit like Skynet. ‘Oh! We’re a team! I have to keep working with these people.’ It’s at this point when a bit of team friction arises. It’s normal and it’s when I step in as a coach and begin that transformational process of working as a team and being a team. More fun!

This new agile team is now working together as a team and functioning as a team. It’s a process. We move forward, we move backward. Eventually, we move forward and keep moving forward. We’re now an agile team!

Geoff Hunt is a consulting and capability coach at OptimalBI in Wellington, New Zealand. Read more of Geoff’s blogs and reach out to him on LinkedIn.