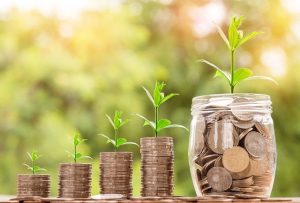 The practice of writing user stories for defining small deliverables in an agile project requires that data warehousing (DW) and business intelligence (BI) teams understand the value  their work will bring to the organization. The product owner (who defines the need to be met by the delivery team) must understand each and every connection to a key organizational driver. Agile analytics teams refuse to take on work that doesn’t have a clear connection to organizational value.

As an agile coach, I often get pushback from DW/BI teams that it’s “too hard” to understand the specific value of each small piece of data work. Here’s how we walk through the process of understanding value even on a small scale.

The goals of an organization can usually be whittled down to a small set of bottom-line objectives toward which every activity in the organization should contribute.  All organizations, including nonprofits, have to focus on increasing revenues and reducing costs. Healthcare organizations also focus on saving lives. Regulated organizations add compliance to that list (though it could be argued that meeting regulatory requirements is, in the end, an aspect of cost savings).

Although most people usually nod in agreement when they hear this, DW/BI teams often don’t see the connection between an overarching goal and the small piece of work they are evaluating. They then dive into the value chain from this piece of work all the way through business processes until they get to one of the top goals.

For example, I worked on a team that was asked to provide a metric used in several business processes, including sales and accounting. As it turned out, this piece of data was also needed for customer invoices. However, the metric was requested with no mention of how it created value to the organization.

We followed the metric through the business process—from the BI report to the sales team to the accounting team to the invoice—and knew we were getting close, but we still didn’t understand the value of doing the work to produce it. When we asked whether invoices are sent without this piece of data, the answer was no. We then discussed the big picture of how the company runs on cash and how customers won’t pay invoices unless they receive them—and lightbulbs went on. Suddenly, the value of this metric to the bottom line became abundantly clear.

At another client, we were prioritizing the DW/BI team’s list of enhancement requests based on the value clarified in each request. The product owner had really struggled to capture value and had given the team a long list of vague to-dos. We started reaching out to every requester to clarify the value of each request to the company’s overall goals.

One of the smaller requests,  on the list for over six months, was to reformat an existing report to unmerge some date fields. The original developer had followed team standards and merged date fields so that, for example, all “2015” records fell under one header field, which made it easier for the human eye to read. Nevertheless, when we asked the requester about the business value of making this change, he described something that would have made this request jump to the top of the list six months ago if only the team had understood the value of the change!

The requester managed the advertising that ran in the edges of the main Web pages, and the proceeds brought in by these advertisers amounted to 4 percent of total annual company revenue, which is nothing to sneeze at. The report he needed changed was sent to advertisers to show them the value they captured with their advertising dollars (such as click rates).

Every time he sent this report, the company’s advertising partners had to manually “unmerge” the date fields and copy and paste the values so the files could be uploaded into their marketing systems. By not making a simple change to the formatting, we were in essence gravely irritating the source of 4 percent of company revenue!

Each of these examples took a 30-minute conversation to determine the value of the request, and teams may balk at taking that long to discuss every single user story in their backlog. Even so, on many occasions, I’ve witnessed how this first conversation creates a healthy reference point for similar discussions about other work, and in short order, everyone involved is able to quickly derive the value statement for every piece of work they do—and if they can’t, then they don’t work on it.

Give it a try and you’ll soon recognize the value of understanding the value in user requests!