This content originally appeared in TDWI. TDWI members can see the original here.

With so many teams “going agile,” it’s important for your BI team to keep a few things in mind that will help your agile transformation go more smoothly. This series, “10 Mistakes to Avoid In an Agile BI Transformation”, will show you how to prevent the most common pitfalls I’ve encountered in my experience as an Agile Coach. 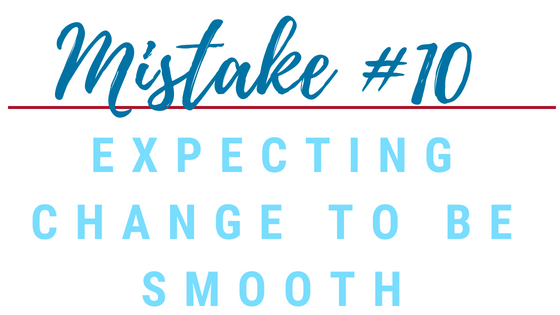 We do our best to plan for changes and mitigate risks. However, the very nature of change is that it creates disruption. When we start a transformation from our traditional way of working to an agile approach, it may behoove the team to make the transition in such a way that each change can be absorbed before the next small change. Kanban in particular is an agile framework that takes this approach.

Virginia Satir was a 20th century psychotherapist who is often referred to as the pioneer of family therapy. She created the Satir Change Process Model, which she developed through clinical studies. Satir says change starts from the status quo, into which you introduce a foreign element. At the beginning, you typically get a period of resistance where people avoid the new element or pretend it hasn’t been introduced because it’s disruptive. As the foreign element takes hold, the group will fall into chaos where the old way doesn’t serve them anymore and the new way has yet
to appear useful. Even people experiencing a joyful change (such as graduating from school or having a new baby) will go through the resistance and chaos phases in the change cycle.

If the chaos stage lasts too long, teams lose people to other teams or other companies. If they physically stay, they might lose interest in doing anything other than just surviving. Keep this in mind because smaller changes mean less chaos.

When those who’ve persevered through chaos start to see how the foreign element benefits them, it’s called the transforming idea. Then they have something to hold onto as they start integrating the new idea into their workflow. That’s when you get a new status quo which is better than the old one.